Several Oswego Middle School students were recently recognized because they exceled in a nationwide writing competition.

The Echoes program enabled OMS students in grades seven and eight to utilize their creativity and passion to write a variety of poems, songs, stories and skits, which were then selected to be performed by Merry-Go-Round Playhouse actors in front of their peers. Showcased Author awards were presented to eight-grader Cheyenne Galt for her piece, “I Fell,” and then eighth-graders: Arianna Lopez, Kiana Brownell and Vanessa Cornelius for their work, “Untitled.”

While a handful of students were honored for their exceptional writing, OMS English teacher Jim Livingston was thrilled to announce that OMS had over 430 participants in the Echoes contest. He said the school also received first-place honors for all middle schools which participated in the state-wide contest.

OMS Principal Mary Beth Fierro said she was elated with the news, and is proud of all participating students, as this was the second year in a row that OMS won first-place out of the nearly 100 school districts which offered the contest to its students. According to the Merry-Go-Round Playhouse website, the company receives as many as 4,000 writing pieces for the grades six to eight contest annually.

Several awardees from sixth-grade were also selected from throughout each of the Oswego City School District’s elementary schools. 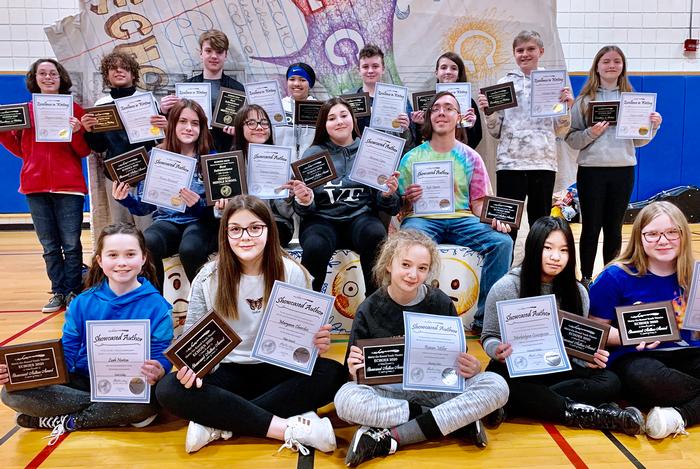