Fifth- and sixth-grade cast members delighted an audience full of their peers as a dress rehearsal performance prior to a recent night show, open to the greater Oswego community. The students worked hard to study their spoken and sung lines, as well as choreography as they brought the audience on a journey with Dr. Seuss characters Horton the elephant, the Cat in the Hat and Gertrude McFuzz among several others. 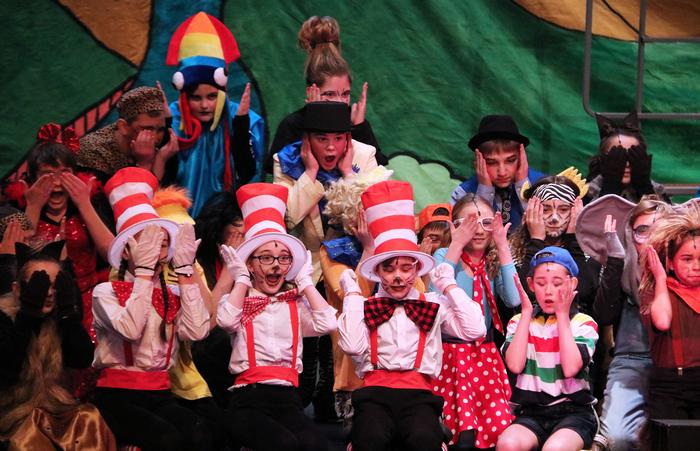