Oswego Middle School students were recently honored for showing love to their peers throughout the month of February.

One student from each of the six OMS teams were recognized by their classroom teachers because they exhibited the character trait of love in school and beyond. The students were identified as role models for their continued display of interest and compassion for others. For their efforts, each awardee received a certificate of recognition and a gift card.

OMS February love character all-stars include Leah Murphy from the 7 East team. Murphy was identified by her teachers as an asset to her classrooms and as a compassionate, kind and respectful to her classmates daily. AJ Burns is the 7 West honoree, after his teachers noted his general love of learning, particularly with reading. Praised for his ability to understand a plethora of topics, Burns also was honored because his bright spirit has boosted everyone’s mood around him.

Closing out the seventh-grade honorees is Janessa Coronado, whom was recognized by her teachers for the care and support she provided to her peers. Her love of learning and dedication to excel in her studies also weighed in on the decision to nominate Coronado.

Eighth-grade honorees include: Beatrice Rastley of 8 East, Megan Hilts of 8 South and Jeremiah Alton of 8 West. Alton was described by his teachers as a loveable human being whose warm and welcoming personality was welcome to the entire team of students and teachers. He had continuously looked out for his classmates and never left anyone behind at dismissal, as well as has a continued friendly nature and had shown genuine care for others.

Rastley, meanwhile, stood out to her teachers because of her kindness and support of others. Her willingness to cheer others up when they are in a bad mood had been as welcoming as her passion and acceptance for others. Hilts was honored because of her selflessness and general loving nature. She has always cared for others and has remained considerate of other people’s feelings and ideas. 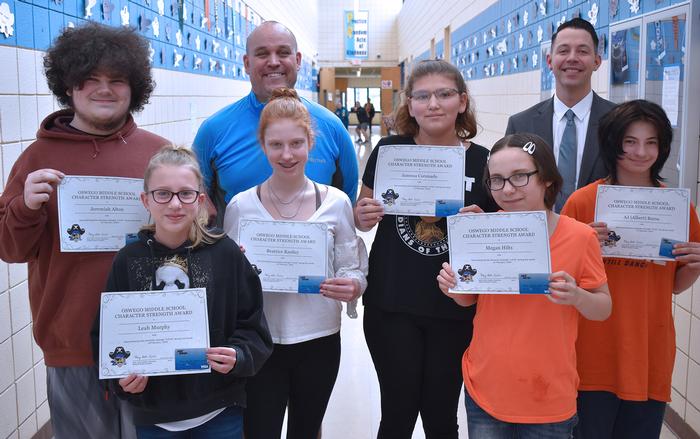