The Oswego City School District students collectively read 36,113 minutes, or more than 600 hours, for the school Read-A-Thon and earned the goal they were striving for: They asked Griffin to eat a hot pepper and have a bucket of slime poured on her.

Griffin recorded her part of the deal before spring break in front of a large portion of Leighton’s teachers and staff, who cheered on and laughed along with the principal.
“It was wild and an interesting experience, but it was for a great cause and the students worked very hard,” said Griffin. “I’m so proud of their efforts and hope it’s helped build up reading as part of their daily activities they enjoy.”

“Congratulations to everyone who competed and took part,” Griffin said. “Keep reading!” 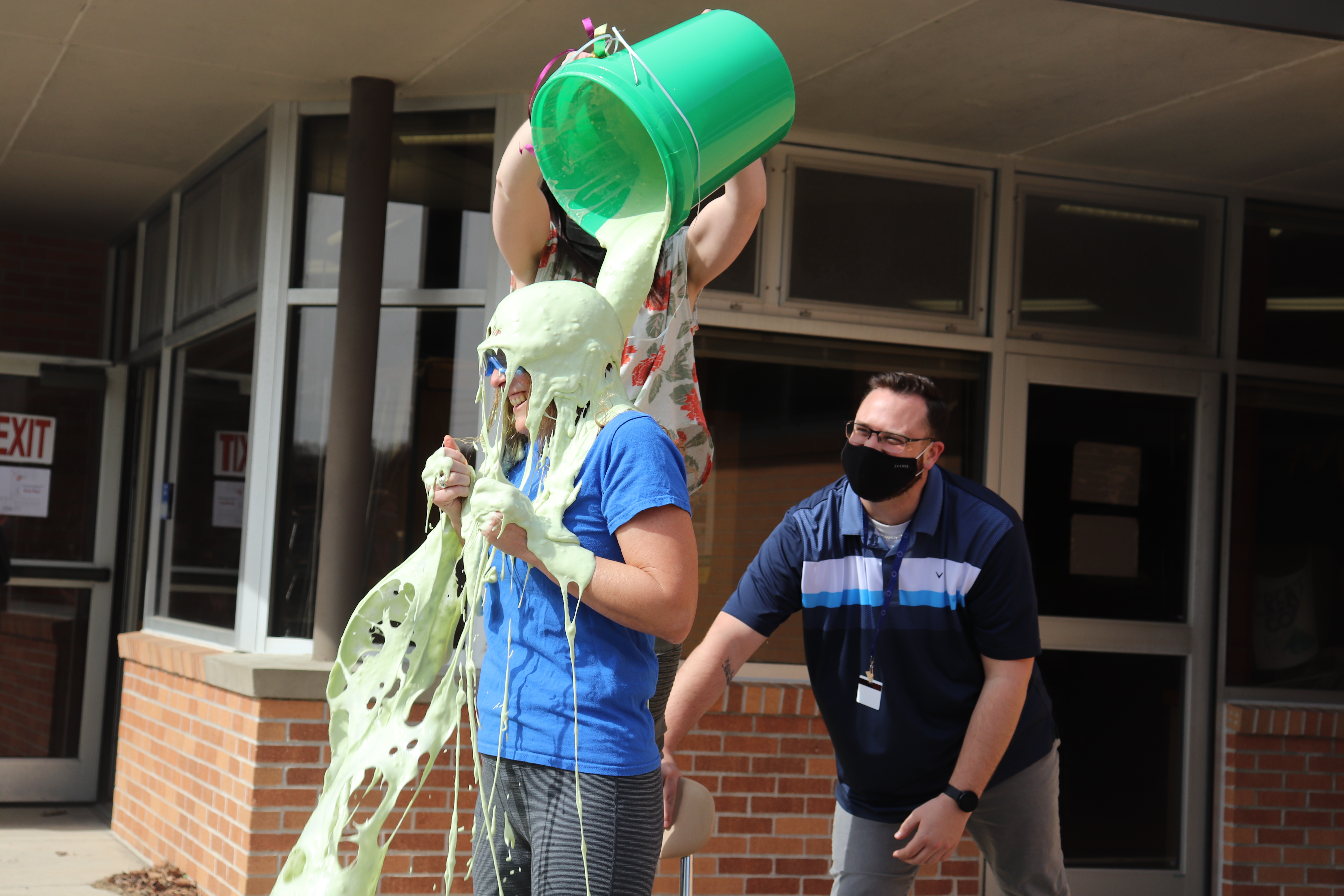