At Oswego Middle School, the spotlight characteristic for April was empathy and the school honored a dozen students who exude and display this character trait.

The middle school honors students who exemplify and make strides in the month’s spotlighted character trait with its monthly Character Education Award.

“During these challenging times, your good character and empathy toward others is an inspiration to everyone,” OMS Principal Mary Beth Fierro said of the recipients of last month’s honors. “Congratulations and keep up the great work!” 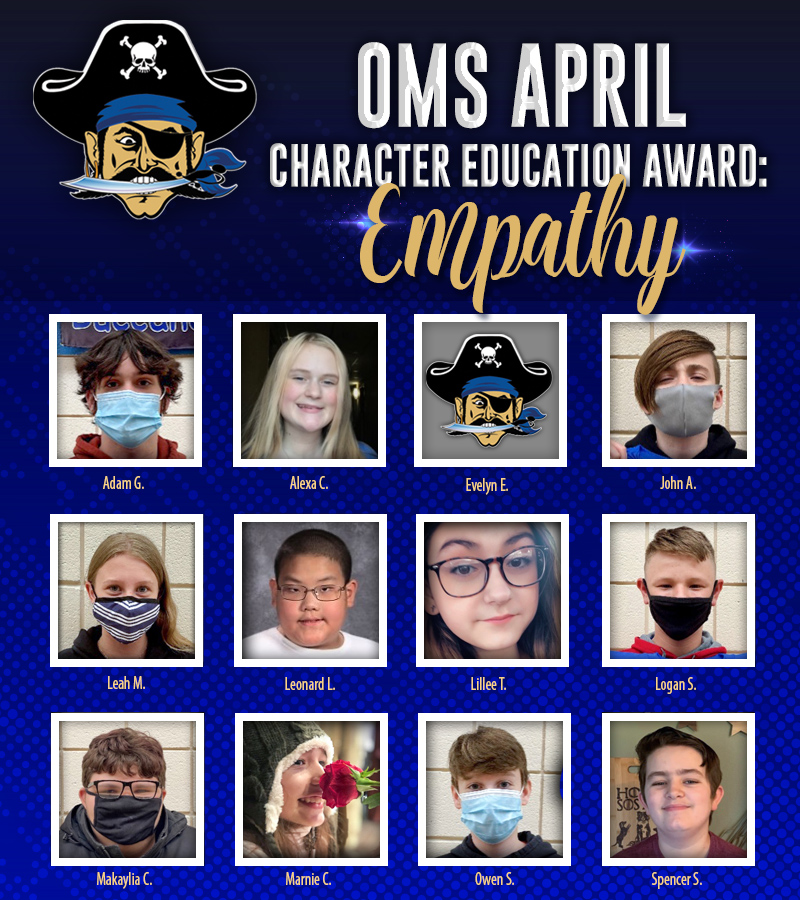