The 2021-22 school year on Thursday morning commenced in formal for the Oswego City School District as the Board of Education held its re-organizational meeting to elect officers, carry over policy and the usual round of appointments.

Tom Ciappa and Sean Ohnmacht both took their oaths and were officially sworn in as the newly elected Board of Education members for the next three years during the meeting, held in the Oswego High School cafeteria.

Then, the Board re-elected Heather DelConte as its president for another year, and Ciappa, who is beginning his second consecutive term, was chosen by majority vote as vice president. The new members and officers were administered their Oath of Office by New York State Supreme Court Justice Scott DelConte.

“It was a good, productive meeting and I am looking forward to working with the Board over the next year,” said OCSD Superintendent Dr. Mathis Calvin III. “I can tell they’re passionate about all aspects of the district and ensuring students of today and tomorrow have a great educational experience.”

During his superintendent’s report, Calvin noted the hope in the fall is to bring students back for five days per week, but those decisions would be made with lots of discussion and planning during the summer and as more state guidelines are released.

Information regarding summer programming in the district is also expected in the near future, and Calvin said he’s heard from a number of parents eager to get students in for additional learning and to bridge any gaps caused by the pandemic.

A full list of appointments and minutes are available via the district website, Oswego.org and a recording of the meeting will be made available via YouTube.com/WBUCNY. 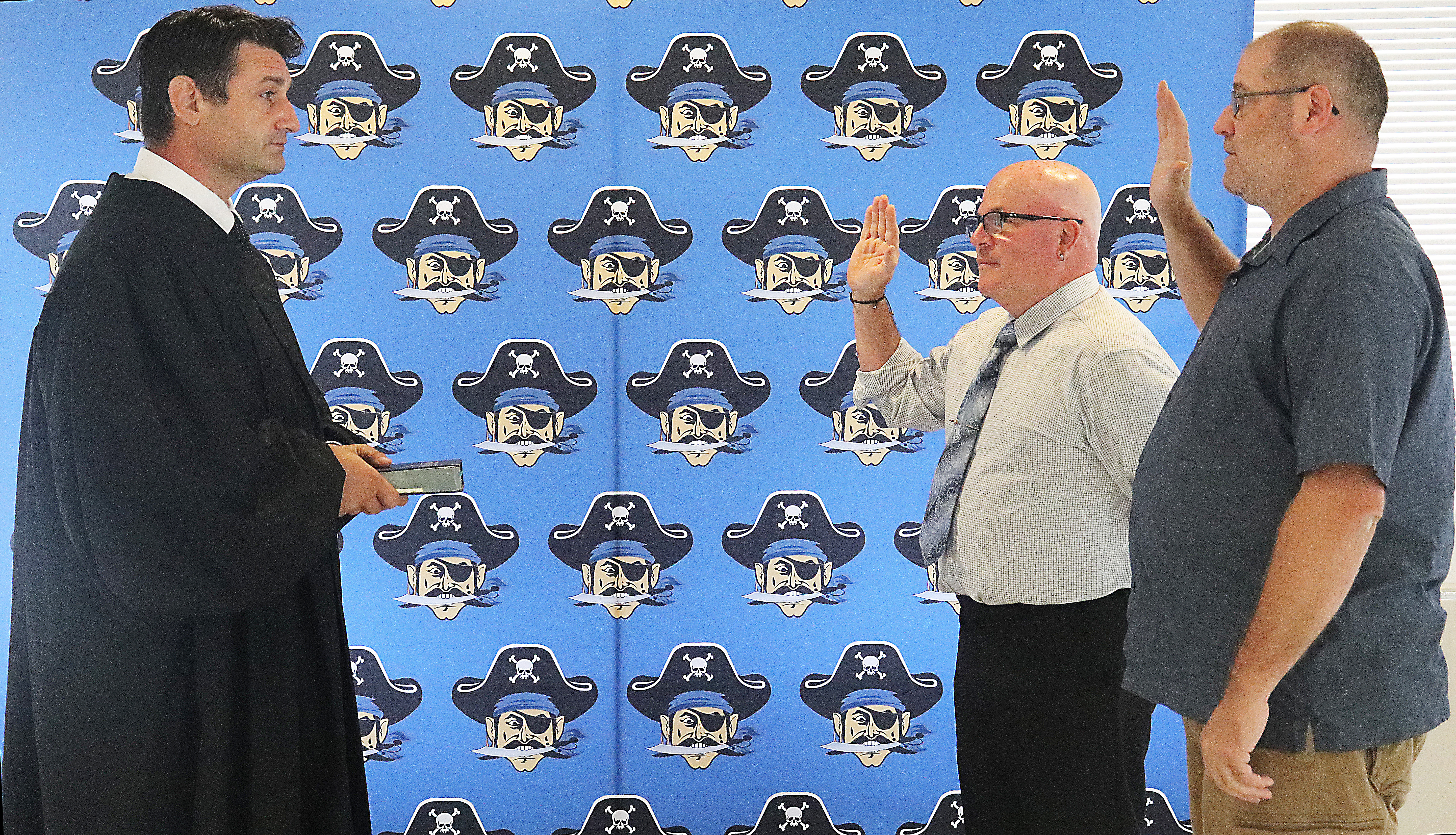 Pictured taking their Oath of Office as they were officially sworn in for three-year terms on the Oswego City School District Board of Education are Sean Ohnmacht, pictured at right, and Tom Ciappa, in middle. Ciappa, who is beginning his second term on the BOE, was also chosen by the board to serve as the new vice president alongside re-elected president Heather DelConte. The new members and officers were administered their Oath of Office by New York State Supreme Court Justice Scott DelConte at Thursday morning’s BOE re-organizational meeting in the Oswego High School cafeteria. 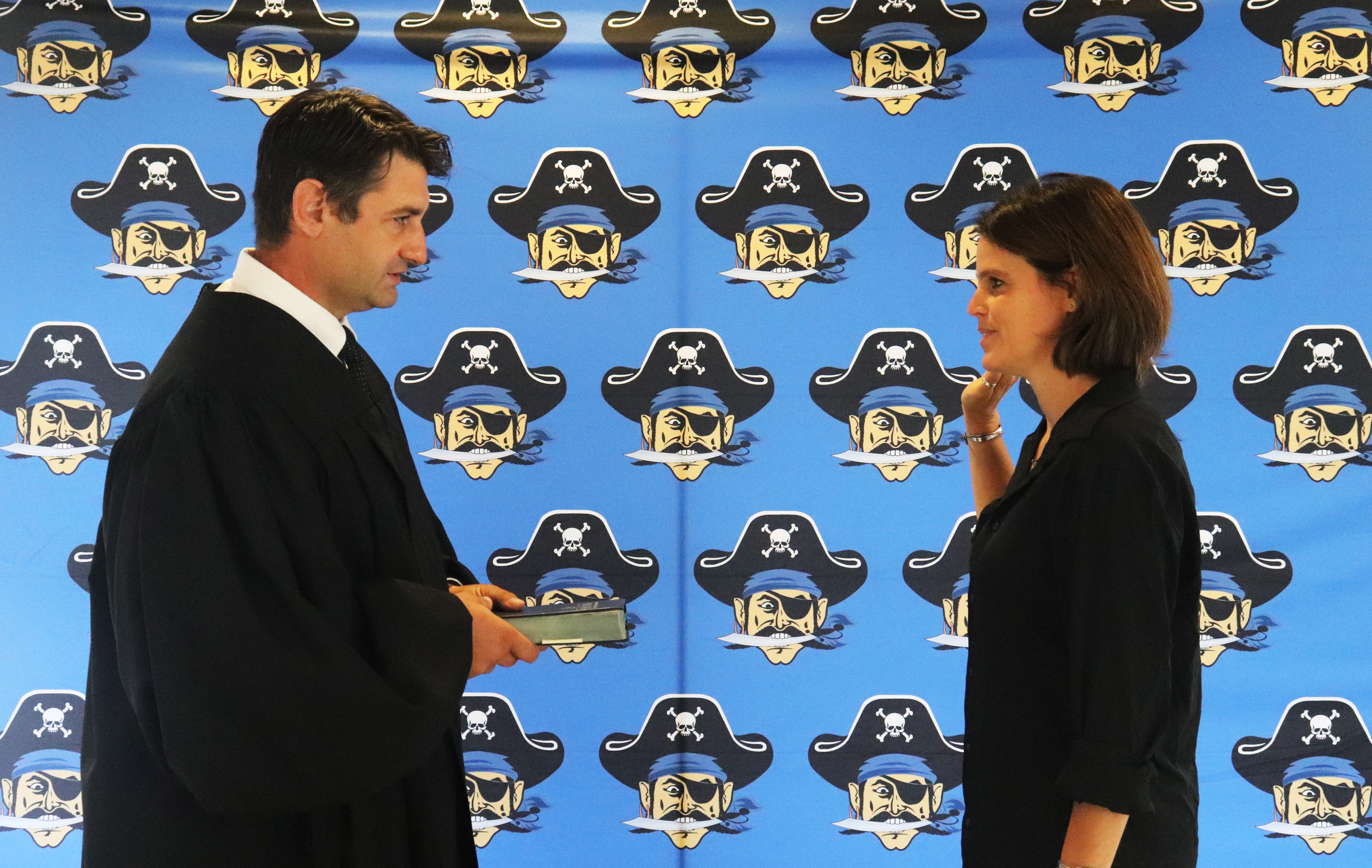 Oswego City School District Board of Education member Heather DelConte, at right, is sworn in as president for the 2021-22 school year during Thursday morning’s BOE re-organizational meeting in the Oswego High School cafeteria. The new members and officers were administered their Oath of Office by New York State Supreme Court Justice Scott DelConte.